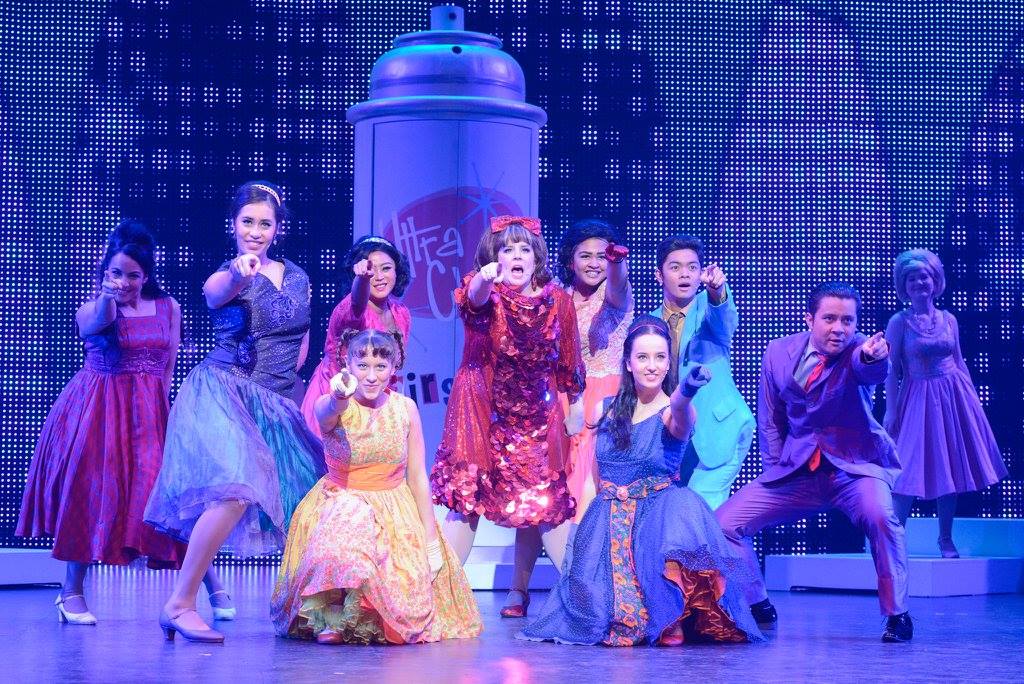 This gloriously uplifting, crisply paced and bright musical is a triumph that bounces with vim and energy.

Christchurch theatre company Showbiz’s production of hit Broadway musical Hairspray is sweet without being sickly and righteous without being worthy.

The show, adapted from the 1988 John Waters film, is set in early 1960s Baltimore and tells the story of Tracy Turnblad, a young woman with dreams of appearing on the local television pop programme The Corny Collins Show. When she is rejected for not fitting in with the channel’s “white bread” conformist image, she is introduced to her city’s African American community and starts a campaign to racially integrate The Corny Collins Show.

This is Showbiz’s fourth major production since its return in April last year from an earthquake-induced hiatus. And it is their best show since the comeback.

Hairspray is a brightly coloured confection that pulls in songs inspired by Phil Spector’s early 1960s bubble gum pop, rhythm and blues, Motown and even a bit of Elvis Presley. The vocal performances are clear and powerful, with layered harmonies that lift the songs to an exhilarating level.

he production design also draws on kitsch 1950s stylings, with the jaunty angles and candy coloured sets feeling like something out of a Friz Freleng or Ren and Stimpy cartoon. The vibrant and gloriously sequinned costumes also keep this spirit alive.

But these retro references never descend into fusty nostalgia, the whole show has a bright, optimistic and contemporary energy.

Hairspray pulls off the difficult feat of incorporating film director John Waters’ camp, kitsch and outsider aesthetic into a bright and bouncy Broadway musical. And it pulls it off with energising vigour, deftly linking a coming-of-age story with the broader national narrative of the civil rights movement in 1960s America.

If this is what a reborn Showbiz can achieve after just a year back on its feet, I look forward to what it will achieve in the future.