Priscilla, Queen of the Desert rolls into town on 24 March for what will be the first production in Showbiz Christchurch’s 2017 season.

Utilising over 700 costumes, wigs and headdresses from the UK touring show, Showbiz’s production will be the first New Zealand theatre company staging of Priscilla, Queen of the Desert – The Musical. The show opens at the Isaac Theatre Royal on 24 March until 8 April.

Translating the iconic movie to a stage musical setting required significant changes by the authors of the film, Stephen Elliot and Allan Scott, and the musical’s writer and first director, Simon Phillips. The musical has evolved considerably since the first production left Australia eight years ago, there are now several stage versions, all different yet all preserving the audience focus on the show’s three unique characters and their personal and physical journey. The show’s enormous success has seen versions staged from South Korea to Sao Paulo and in just about every language including French, Portuguese, Spanish, Greek and Swedish. Priscilla, Queen of the Desert is without doubt Australia’s most successful theatrical export.

The Showbiz version of Priscilla, Queen of the Desert directed by Stephen Robertson will be a new interpretation of the show using the costumes and script that recently toured the UK and was last staged in Auckland. 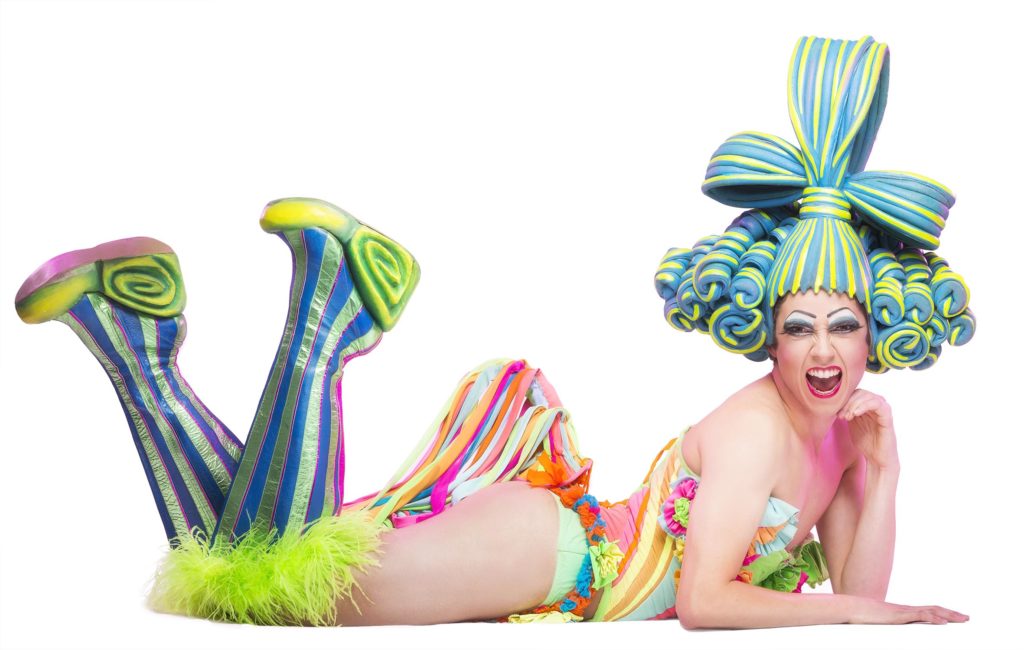 The title role of Priscilla is not played by an actor but is instead a bus which is being built in Christchurch by Scenic Solutions – along with a myriad of other set pieces designed by Harold Moot, including a nightclub, a casino and two outback pubs. Priscilla is set to be a visual feast on stage, with another Christchurch business, Lightsite, designing the lighting effects which will transport the audience from an inner city Sydney flat into the wide open spaces of the Australian outback. 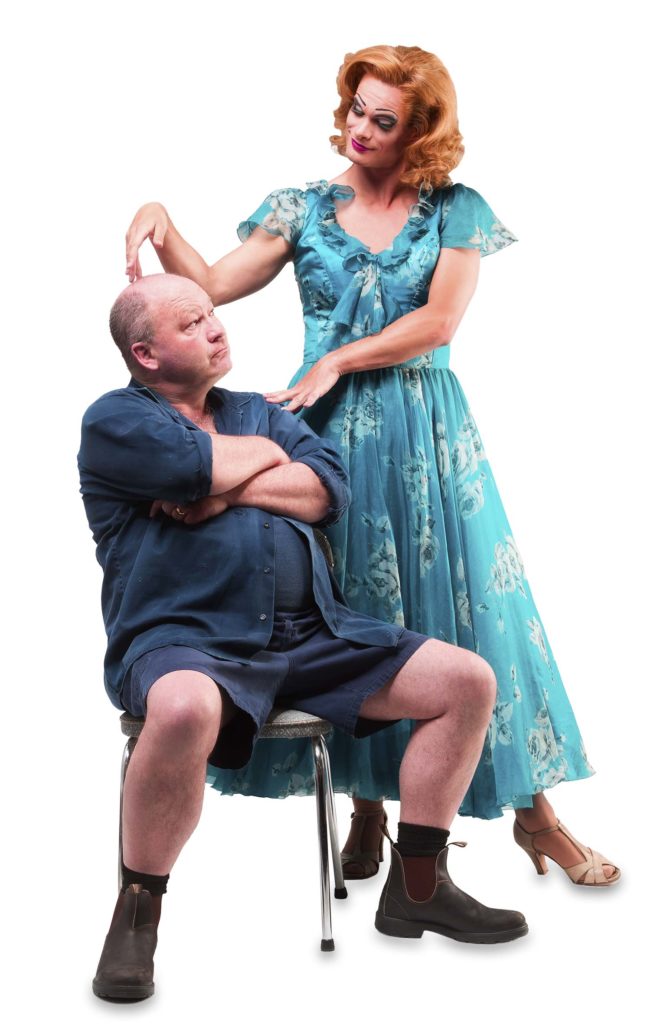 Markham Lee as Bob and Cameron Douglas as Bernadette

Robertson has cast Cameron Douglas in the principal role of transsexual Bernadette, the oldest in the trio. Douglas has enjoyed a busy career since graduating NASDA in 2002, including performing in over 20 musicals and as the lead singer and guitarist in NZ’s premiere skiffle rock and roll band, The Goldonies.

The two other lead roles will feature Isaac Pawson (Tick/Mitzi) and Tom Worthington (Adam/Felicia), both graduates of the National Academy of Singing and Dramatic Art (NASDA) who are carving out careers in musical theatre.

Also joining the cast at the end of February will be Auckland actor Melinda Joe who will play Cynthia, a woman with some unique talents!

Garry McQuinn of RGM Productions, the shows lead producer, is immensely proud of this version of Priscilla which will be staged by Showbiz. “The show is in better shape in every way – including dramaturgically, scale, production-wise, book and music – than the version we took from Sydney in 2008,” says McQuinn. “It’s a production I’m proud of in every respect.”

At the heart of the story is a message of tolerance, diversity and anti-bigotry. Its producers are committed to seeing the bus journey continue for as long as possible – not only on the world’s largest stages but in regional theatres as well. “I am really delighted that Christchurch will host the first season of the show produced by a New Zealand theatre company,” says Showbiz Christchurch President, Di Brodie.