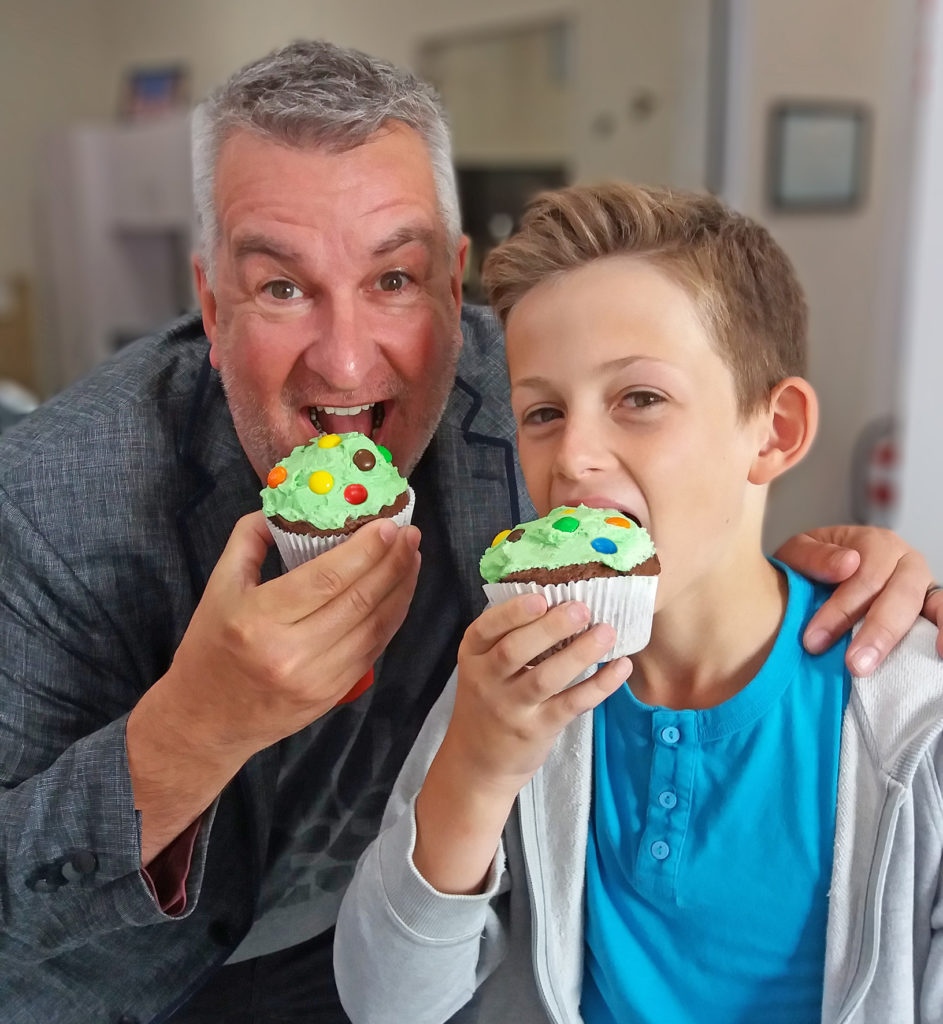 Stephen Robertson, Director and Choreographer of Priscilla, Queen of the Desert and Ollie Bubb, one of the actors who plays Benji, tuck into official Priscilla cupcakes.

The team at Muffin Break Westfield Riccarton are all on board for Priscilla, Queen of the Desert – The Musical. Showbiz Christchurch is the first New Zealand theatre company to stage Priscilla which opens at the Isaac Theatre Royal from 24 March – 8 April 2017.

Based on the 1994 Oscar-winning hit movie, Priscilla, Queen of the Desert – The Musical has been captivating audiences worldwide since it debuted in 2006. It has played sold out seasons in Sydney, the West End and on Broadway, toured internationally, and won numerous accolades including the prestigious Olivier and Tony Awards. Priscilla is without doubt Australia’s most successful theatrical export.

The story centres on the journey of two Sydney drag artists and a transsexual, who hop aboard a battered old bus named Priscilla, searching for love, friendship and family. Their journey of self-discovery takes them on a road trip to the heartland of Australia where they find more that they could have ever dreamed of. 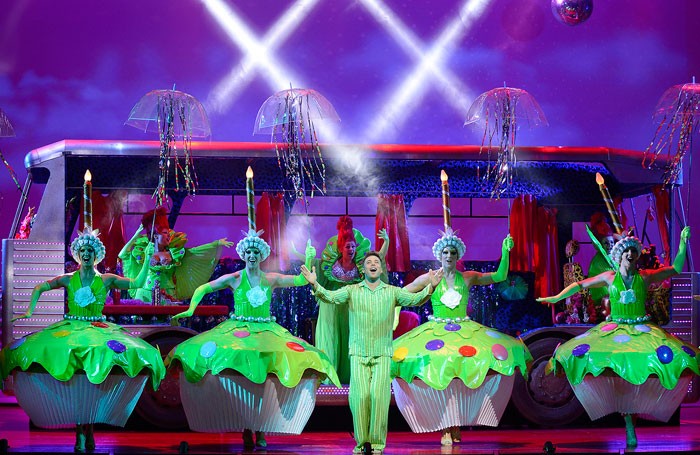 The cupcakes in Priscilla, Queen of the Desert – The Musical from the UK Touring Production. Photo credit: Paul Coltas.

The owners of one of New Zealand’s most successful Muffin Break franchises, Violet and John Blay, are enthusiastic supporters of Christchurch musical theatre. Violet has worked on many Showbiz Christchurch productions over the last 25 years and is on the board of Christchurch Operatic Inc. She also dresses all the male leads. For Priscilla she will dress actor Cameron Douglas for his role as Bernadette Bassenger – one of the original Les Girls and famous for many of the brilliantly caustic one liners in the show. 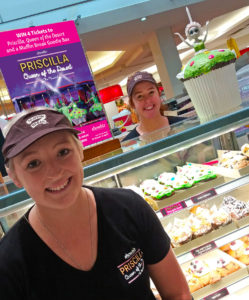 How does Violet find time to volunteer her time and run a successful business in the busiest mall in Christchurch? She puts it down to having great staff, who have enthusiastically swapped their Muffin Break shirts for Showbiz Priscilla T-shirts to support the show.

The team daily bakes special Priscilla cupcakes inspired by the cupcake costumes worn in the show. The cupcakes are proving popular with customers as each purchase gets them in a draw for a Priscilla Prize Pack which includes show tickets and Muffin Break goodies. “We’ve one customer who comes in every day since the competition started to buy a Priscilla Cupcake and enter the draw,” says Violet. As well as the competition, Muffin Break Westfield Riccarton is offering a 10% discount voucher on tickets to Priscilla, Queen of the Desert with every purchase.

Posted in Priscilla, Queen of the Desert