It was while completing research on the representation of females in New Zealand theatre for her Bachelor degree that Dearna Doglione came across some statistics that shocked her. She grew increasingly unhappy with numbers showing that while women formed the majority of the theatre audience, they were significantly under represented backstage, on stage, as playwrights on mainstages, and at executive management level in New Zealand theatres. “I knew that many women I admired also felt uneasy with the state of New Zealand theatre but helpless to implement change. I felt it was time we got together to talk about tangible steps forward together in the industry,” says Doglione.

This provided the impetus for her to organise the first Christchurch Hui for Women in Theatre on Sunday 2nd July 2017 at the Exchange Christchurch which was attended by 30 female theatre producers, performers, directors, educators, dramatists, marketers and backstage crew.

Inspired by a similar event in Wellington in 2016, the Christchurch hui provided an opportunity to bring together in one room conversations that are already happening separately about how to address the gender imbalance in the industry and discuss what sustainable actions could be taken to improve the situation.

Topics as diverse as pay scales and equity; mentorships and professional development; and how to increase the number of plays written by women performed on mainstages were raised and discussed. Some of the outcomes included steps to improve the overall representation of women in theatre; and shared platforms for collective conversations and support.

The hui was facilitated by Co-Artistic Director and Producer Holly Chappell of Two Productions. “This first women’s hui was about listening, connecting and trying to figure out how to make some change,” says Chappell. “In leading this hui, I really wanted to listen, value and guide us all towards achievable outcomes – tangible things that could really make a difference. It was really exciting to be surrounded by a room of strong, intelligent and driven female artists and we can’t wait for the next one!” 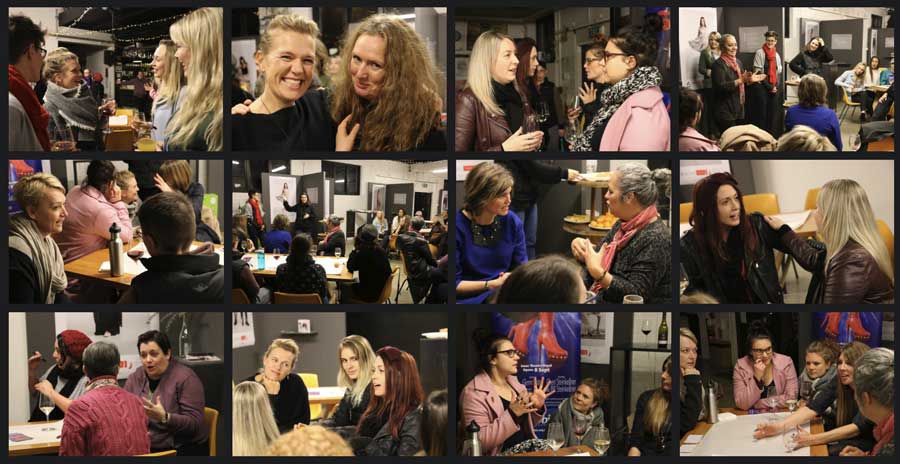