Message from the President

Ladies and gentlemen, it is indeed my great pleasure to welcome you to the show of tonight, Les Misérables

Victor Hugo’s literary masterpiece was set against the backdrop of the June Revolution of 1832 (not the big one of the 1790s where everyone got their heads chopped off). Although there is no direct translation of the title, it is generally translated as “The Wretched” and focussed on the impoverished in Paris at the time. It turned Hugo into a national hero and his funeral in 1885 resembled that of Eva Peron.

In 1980, the book was turned into a musical which swept France in typical Gallic revolutionary spirit, only to be pilfered by the English (much like Calais) into undoubtedly one of the greatest musicals of all time. Certainly, it is in my personal top five.

This is now the third time that we have stage Les Mis. The first in 1994 was quite a watershed moment for us, as it was the first to be produced under a national Consortium model which has been so successful since. We put 33,000 people through the ITR, which is, so far as we can determine, the third largest season in the theatre’s history. And judging by the public response to this production, Les Mis remains as fresh and vital as the first time around. 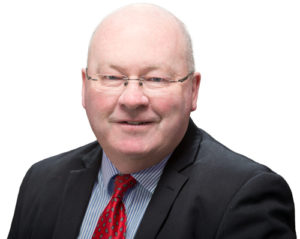 Most importantly, we would like to acknowledge the ongoing support from you, the theatre lovers of Christchurch – our lifeblood.