Les Misérables: a musical that defines all others of its generation

Les Misérables stands apart from its contemporaries as the musical that defines all others of its generation and this production would rank as the best of the three I have seen.
The audience knew it intimately, applauding pretty much every major song, rising to its feet for a final standing ovation.
On every level, this is a very strong production, from the excellent leading roles, through strong supports and ensemble cast, to a polished band and realistic costumes.

I loved the imposing set, with its effective use of downlights and spots, the backlit louvre shutters adding warmth but also looming shadows. The sewer scene was particularly eerie. Okay, there were a couple of missed mic cues, fluffed lyrics and slow changes but, overall, I’m sure Showbiz will be happy with this as a first night.

You haven’t got a show if Valjean and Javert aren’t top-notch and Daniel Belle (Jean Valjean) and James Foster (Javert) are simply superb. 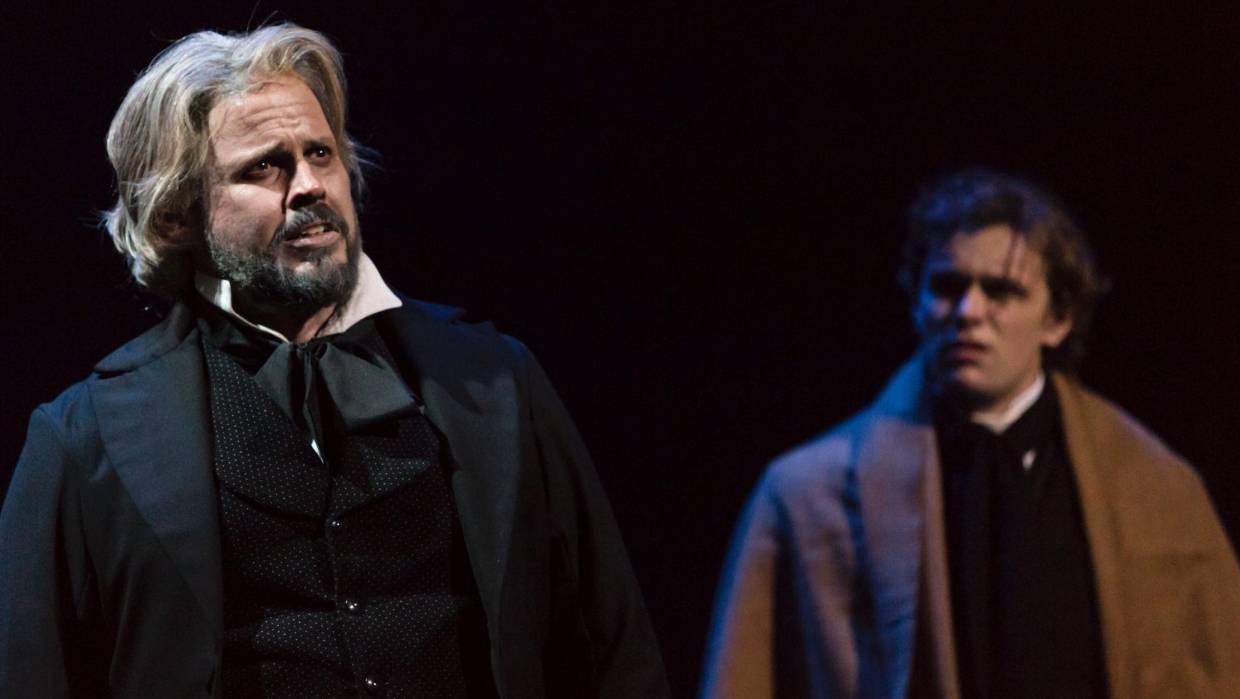 Belle brings all the physicality and presence to the role, as well as a voice that has emotional depth across a wide range, Bring Him Home and its reprise being the epitome of his stamina and control.

Belle has that magnetism and intensity that made all his songs compelling. The acerbic complement to that was Foster’s truly icy Javert, becoming visibly more conflicted and tormented. Stars was magnificent and his death a remarkably convincing piece of theatre magic.

Comic relief was provided by the sleazy antics of Ben Freeth and Rebecca Malcolm as the Thénardiers (Master of the House), gleefully sordid and a definite crowd-pleaser, along with their gaudy and raucous “lovely ladies”.

Kira Josephson was a suitably fragile Fantine, delivering a heartfelt I Dreamed a Dream, while Monique Clementson (Eponine) was a real revelation, standing out as a real rough diamond with raw emotion and tenderness. 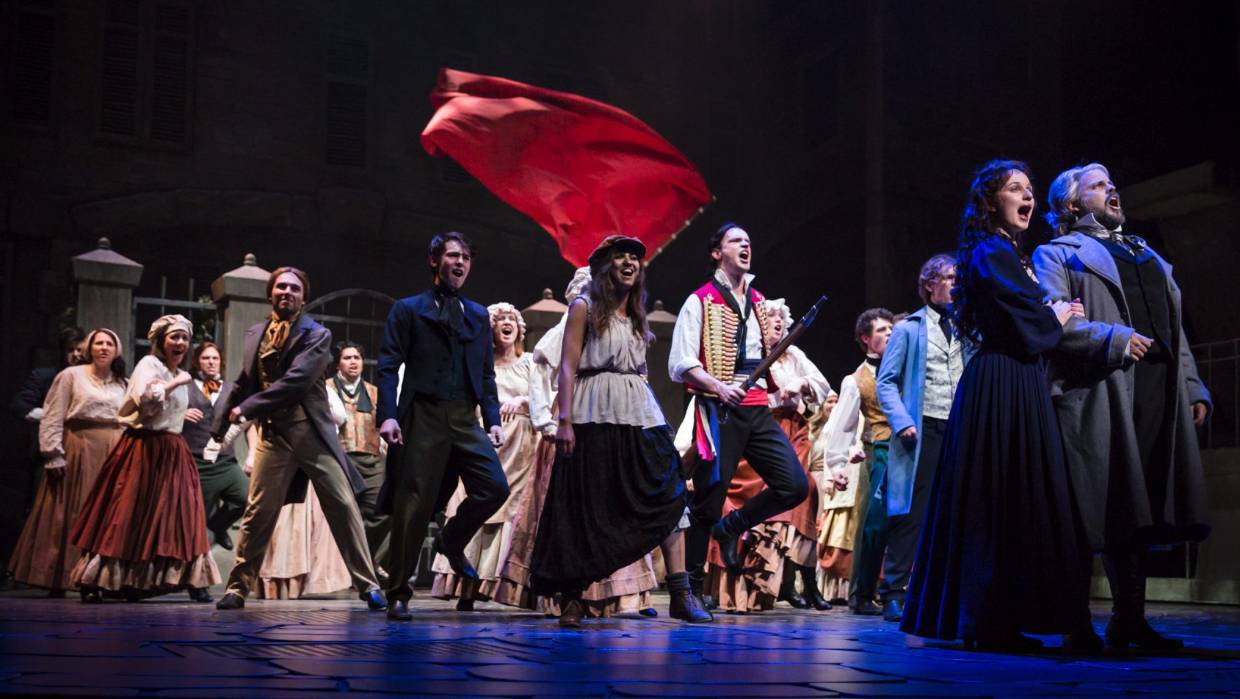 Inder gave a moving account of Empty Chairs at Empty Tables but omitting the actual empty chairs and tables from the scene lessened the impact. I also felt that Doherty needed to be more prominent, being a bit understated at times, but she navigated In My Life skilfully.

As the brooding and hot-blooded Enjolras, Jack Fraser sang with passion and conviction as he amassed his men. Duncan Price was a cheeky Gavroche and Arawyn Allan-Griffiths and Isla Palmer did very well as the young Eponine and Cosette, Castle on a Cloud simply lovely.

If you love Les Mis, see it again – if you’ve never seen it, you won’t be disappointed.

The season continues until October 6 – it may be a while before Les Mis comes this way again, and when it does it would be going some to better this outstanding production.