“We have costumes; we have staging; and we have special effects”

When Showbiz Christchurch wrapped up the 2018 season of Broadway Hitmen they knew from audience feedback there was a great desire to hear more music from composer Andrew Lloyd Webber.

The success of Broadway Hitmen has helped shape the format of the up and coming concert The Music of Andrew Lloyd Webber.

Even though the concert has been devised by Lloyd Webber himself, Showbiz were able to choose the pieces they wanted to include. With so many smash hit musicals to his name, it wasn’t going to be easy to choose just 24 songs to feature in the concert. 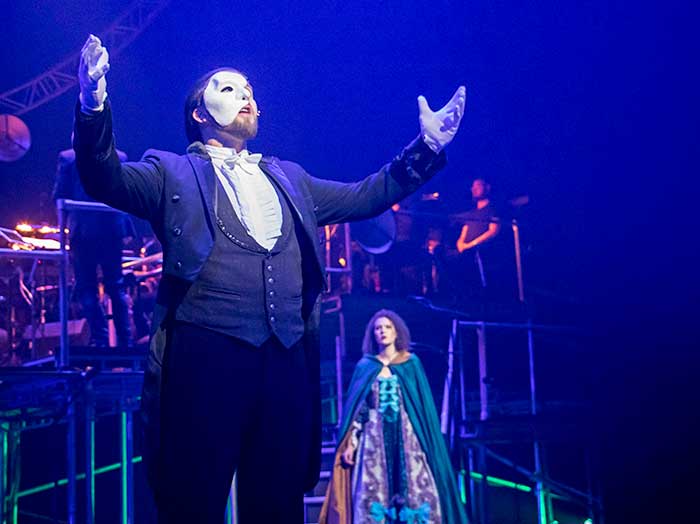 “In designing the show, I wanted to pick the music we hadn’t done [in the 2018 concert],” says Artistic Director Ravil Atlas who was the Musical Director on Broadway Hitmen. “This presented a challenge because this year we have approval from Lloyd Webber for the music to be staged as it would be in a show. We have costumes; we have staging; and we have special effects.”

Atlas’ approach has been to tie each of the different show numbers into mini vignettes – creating a nostalgic journey through some of the ‘best bits’ of each show. “It’s been interesting to work out where to cut and put things,” says Atlas.  “We only have two standalone numbers, Love Changes Everything from Aspects of Love, and With One Look from Sunset Boulevard, which set up the last vignette, Starlight Express.”

Showbiz Christchurch is renowned for producing shows that could easily be at home on Broadway or the West End. The Music of Andrew Lloyd Webber is proving to be even more popular than recent Showbiz concerts, with the Grand Circle of the Isaac Theatre Royal recently opened for sale for those who weren’t quick enough to purchase tickets when they went on sale at the end of last year. 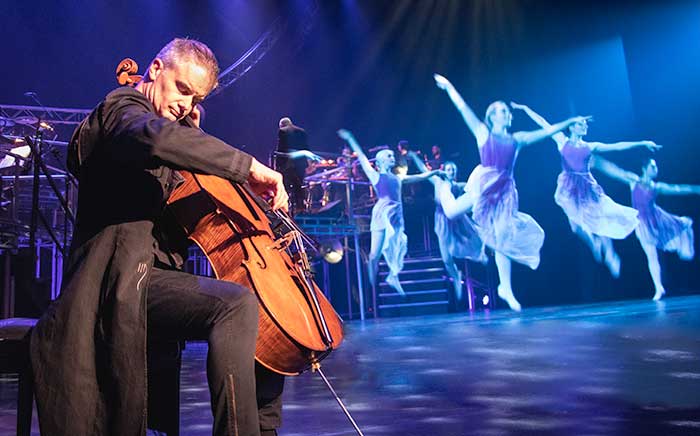 Each musical vignette from The Phantom of the Opera, Cats, Whistle Down the Wind, Joseph and the Amazing Technicolor Dreamcoat, Song and Dance, Evita, Jesus Christ Superstar and Starlight Express features between two and four songs performed by a full 33 piece on-stage orchestra – the CSO. They’ll be sharing the stage with 14 soloists from amongst Canterbury’s top performers – some well-known to Christchurch audiences and some new talent. There will also be a 30 strong on-stage chorus, 21 ballet, Latin and musical theatre dancers, and a children’s chorus from Impact Dance and Stage School who will perform numbers from Joseph and the Amazing Technicolor Dreamcoat and Whistle Down the Wind.

“Some parts of the show will have 90 people on stage at one time,” says Stage Manager Mandy Perry who will be supported by a team of Assistant Stage Managers to help co-ordinate such a big cast. The set will feature a series of asymmetrical raised platforms for the orchestra designed by David Bosworth of 4th Wall Theatre Services, and a concave cyclorama which will provide a canvas for lighting designer Grant Robertson of The Light Site. “Everybody that’s working on the show is really going to get a chance to show off!” says Atlas “It will be gorgeous.” 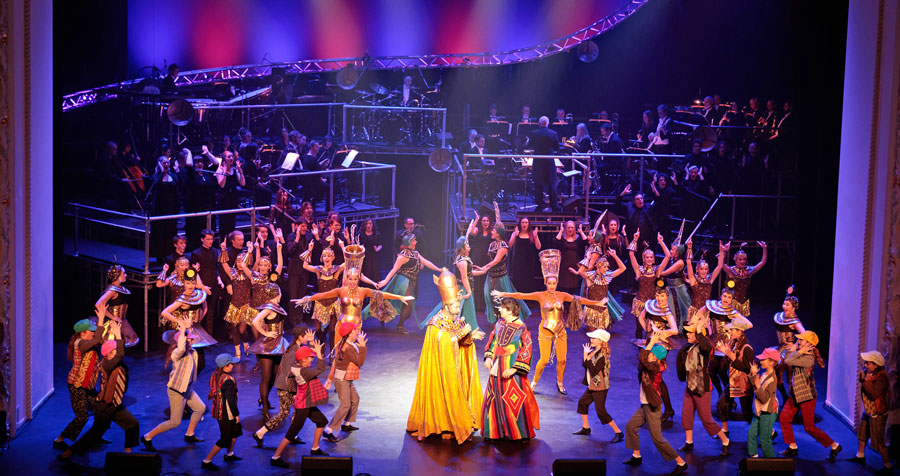 There are three choreographers working on the concert, each focusing on their area of expertise in Latin dance (Donna Frost), ballet (Hayley Watts) and musical theatre (Mandy Roberts). Whilst Atlas has a very busy time as artistic director, vocal and acting coach, and stage director, he will hand the baton over to renowned musical director Richard Marrett who will conduct the CSO.

The Showbiz Christchurch Saunders & Co Season of The Music of Andrew Lloyd Webber in Concert is at the Isaac Theatre Royal for three performances only from 14-16 June 2019.