Showbiz Christchurch’s mid-year concert, The Music of Andrew Lloyd Webber, is as delightful as a box full of chocolates. It is a perfectly sized taster, a wide range of pieces from one of the most renowned composers of musical theatre. If you aren’t familiar with his work, if you are familiar with his work, if you love it, if you don’t, whatever your feelings you will almost certainly find something to appreciate in this spectacular show. 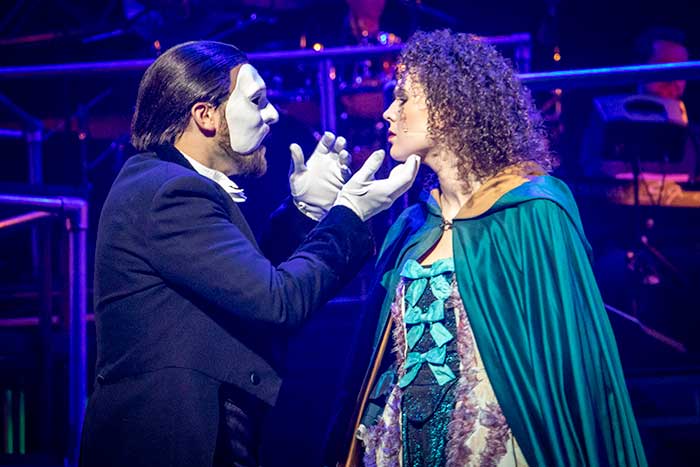 Showbiz Christchurch have been given special permission, from Andrew Lloyd Webber himself, to make this show more than just a singer on stage and some musicians hidden away. Instead what you are treated to is a selection of fully staged mini productions from ten different musicals. Each given the care, costumes, choirs, full orchestras, expertly performed choreography, subtle but perfect lighting, and so on that make you feel instantly transported to that musical. Part of the genius of the evening (and of the composer himself) is really that there is such a wide range of musical styles and subject matter. With so many highlights throughout the evening it is indeed a hard task to pick just a few.

Evita transports you to 1940s Argentina.  Charming Evita (Chuana McKenzie) whether for love or love of power pushes herself as a perfect match for Juan Peron (Michael Bayly). She sings of her claims that she’d be “surprisingly good” for him, while the other half of the stage is given over to a couple dancing a tango to represent this verbal tango taking place between Evita and Juan Peron. 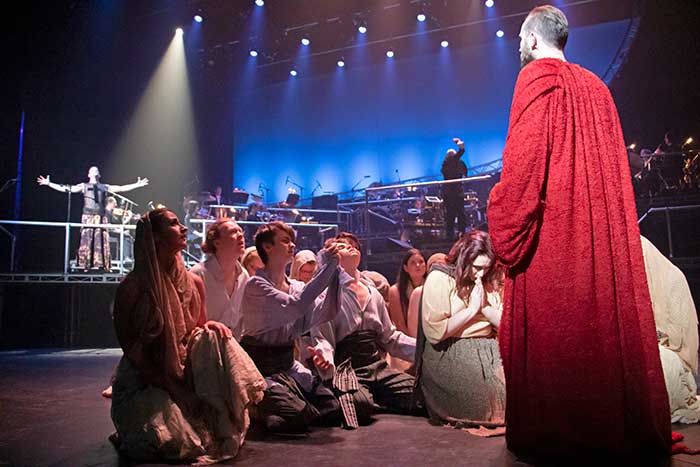 One of the absolute stars across many numbers from several different musicals is James Foster. He completely blew us away every time he took to the stage, appearing to be a natural actor who seems to embody every role he takes on, his powerful voice impressed most especially in “Music of the Night”. Another from The Phantom of the Opera, “Prima Donna” pairs laugh out loud comedy with breathtaking vocals when Donna Alley perfectly plays the demanding yet insecure personality of an early 20th century opera star. And what would a star be without their entourage, a trio of strong male vocalists imploring her to grace the stage with her presence. Oh go on.

Switching it up again, fans of Elvis will love “Song of the King” from Joseph and the Amazing Technicolor Dreamcoat. Looking and sounding like something out of a show in Las Vegas the stage lights up with dancers clad in glittering gold Egyptian inspired costumes, this number is more than packed full of energy and pizazz. 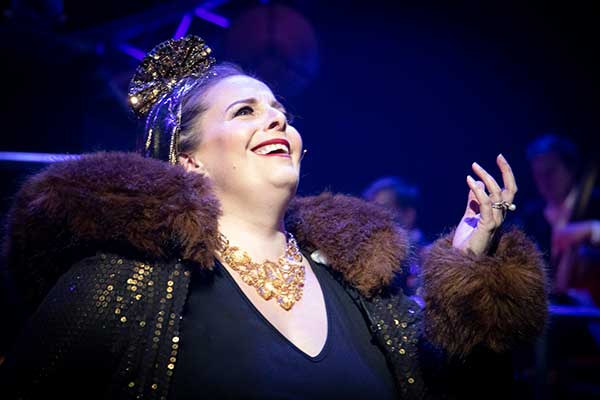 You might not know the musical Whistle Down the Wind but if you’re a fan of 1990s Irish boy-band Boyzone, “No Matter What” is sure to fill you with delight. And if all of that wasn’t enough this number has some of the most adorable young performers take to the stage, they do Christchurch proud to have so much talent and grace at such a young age.

If you’ve always wanted to see CATS then you’ll be left wanting more as the stage is filled with perfectly costumed dancers leaping and flying about the stage as if they really were cats, while behind them the choir and the Christchurch Symphony Orchestra tells a vivid story. 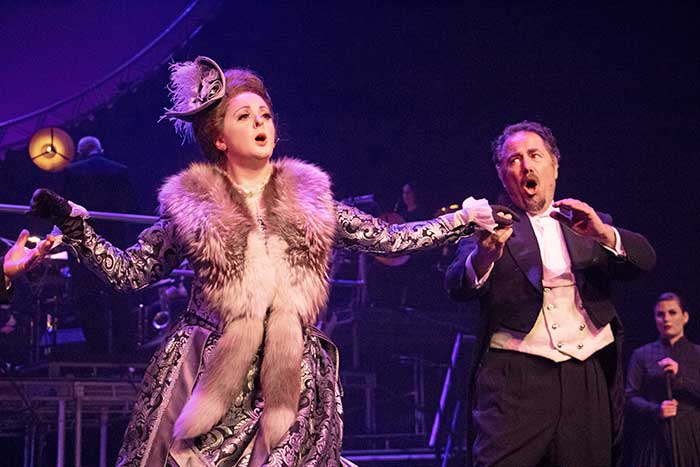 This show is for you if you like any or all of the following; celebrity dancing shows, old school Hollywood glamour, ballet, contemporary dance, drama, comedy, flashy clothes, opera, classical music, escapism, love stories or really just a great night out. If you need a break away from the gloominess of a Christchurch winter then you’d really be sorry to miss this show. And while you’re at it make sure you get your tickets now for Showbiz Christchurch’s next production Miss Saigon because the people who brought you The Music of Andrew Lloyd Webber really know how to put on a show.