Aaron starting singing at the age of 22 in a futile attempt to win back his then girlfriend after she left him for a saxophonist! He then started acting at the age of 28 after he damaged his vocal cords while touring Europe in a band and was told he was not allowed to sing for a year.

Musical theatre was introduced shortly thereafter and many years of playing hippies, Shakespearean heroes, villains, sidekicks, terminal drug addicts, fallen rock stars, foul mouthed sesame street puppets, and one of three fathers of a Mediterranean love child has led to his most recent role as a librarian and keeper of rock lore in the NZ theatre company premiere of We Will Rock You. 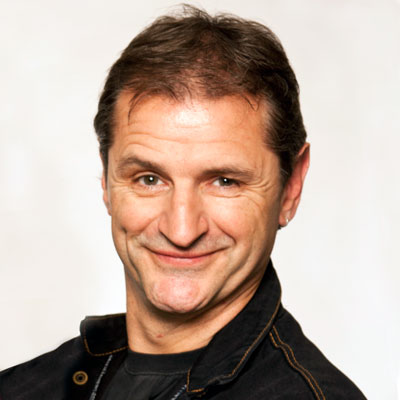