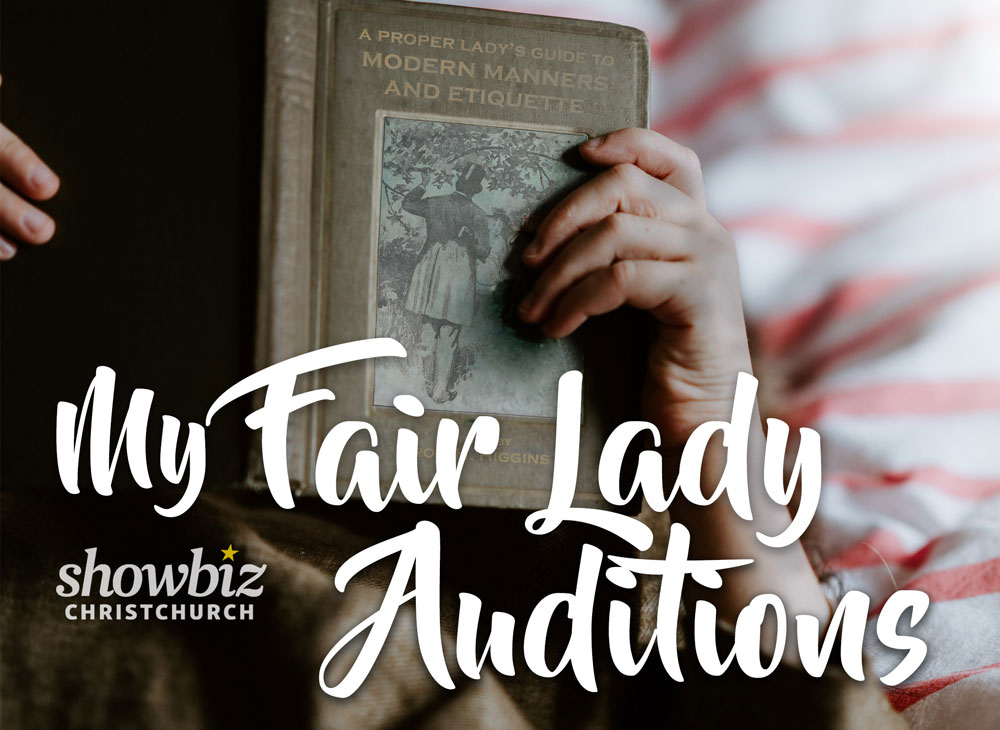 My Fair Lady is based on George Bernard Shaw's Pygmalion, with book and lyrics by Alan Jay Lerner and music by Frederick Loewe.

A Cinderella story about the Cockney flower girl, Eliza Doolittle, and the appealingly arrogant phoneticist, Professor Higgins, is an endearing tale that charms audiences with its warmth and vivid characters. The clash of cultures sparks some of the theatre's most jubilant songs and witty dialogue.

The triumphant score features unforgettable numbers including 'Wouldn't It Be Loverly?', 'On the Street Where You Live', 'I Could Have Danced All Night', and 'Get Me to the Church on Time'.

The musical's 1956 Broadway production was a notable critical and popular success. It set a record for the longest run of any show on Broadway up to that time.

When My Fair Lady was first performed in Christchurch in 1962, it set the all-time record at the Theatre Royal for attendance, running for an extraordinary 171 performances, to an audience of 200,000 patrons.

The show has recently enjoyed enormous success with sold-out revival seasons on Broadway, in Sydney and Melbourne. Showbiz Christchurch is delighted to bring a stunning new production of this much loved classic back to Christchurch audiences.

We had scheduled to present My Fair Lady to Christchurch audiences in September 2022, however, due to the postponement of the Matilda- The Musical season to this time slot, My Fair Lady will also be postponed to a later date (yet to be announced).