Conor is a student at Burnside High School studying drama, dance and performance music. Over the last nine years he has also studied dance at Zion Studios and Swarm Studios. As part of the dance group REALITY he gained first placings in Street Dance NZ regional competitions over the last two years.

Conor has been a member of The Court Youth Company and has performed in their productions Vernon God Little and Children of the Night.

Other productions include: Oedipus Rex, Teechers, The Twits, The Importance of Being Earnest, A Midsummer Night's Dream,  a theatrical adaptation of Silence of the Lambs, Westside Story, a devised and updated adaptation of the classic narrative story entitled Christmas.com, along with various dance showcases.

We Will Rock You is Conor’s debut production with Showbiz Christchurch. 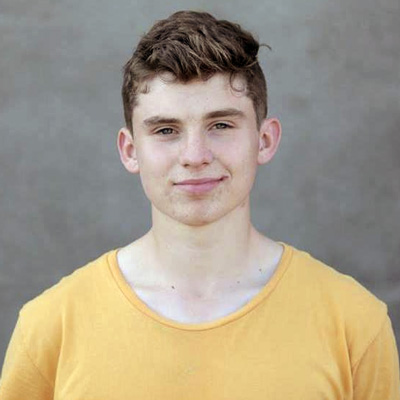