Iain is active in many musical spheres as a cellist, pianist, composer, conductor, arranger, teacher and programmer.

He has been a regular performer in musical theatre productions for over 20 years. In addition to his work with Showbiz, other recent shows include Mary Poppins, Sweet Charity and Spring Awakening. In other performing roles, he is the manager and founding member of the Praesto String Quartet and has appeared on many occasions with the Christchurch Symphony Orchestra.

Iain is an avid teacher of cello, piano, chamber music and musicianship at many schools in Christchurch and the North Canterbury Academy of Music (NCAM) in Rangiora, where he also conducts the choir and orchestras, and serves on the board of directors. He has also spent time on the faculty at the University of Canterbury, lecturing in composition, music theory and orchestration.

As a composer, Iain’s recent works include Hamstereverie and On the Horizon for the NCAM Orchestras and the string quartet Hij Rijdt Bijvijfs for the Dutch group Ensemble Ruspoli. He has written songs and incidental music for theatrical productions of ancient Greek and Roman plays, including Lysistrata, Phaedra, Hippolytus and The Frogs, in collaboration with director/translator Robin Bond. His film credits include original music for the silent films of Karl Valentin for Achternbusch in the Antipodes, The U_u Store, Mice, Damsel and Wish. His works and arrangements have also been featured on television, including appearances on Campbell Live, Good Morning and Madame Morison.

At the intersection of composition and programming, Iain’s interests include creating plugins for expressive automation of virtual instruments as well as interactive, multi-layered sound and software to facilitate seamless, real-time transitions between music evocative of various moods, times and places. 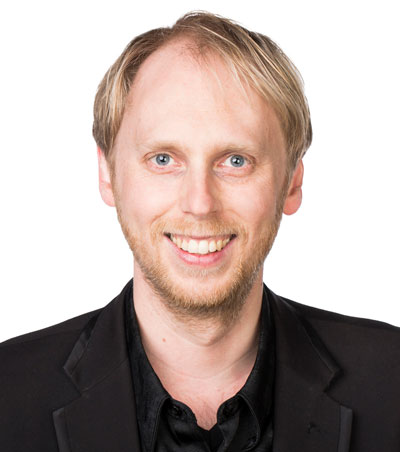