Nicolas’ first real taste for performance came when he played the role of Jafar in the Burnside High School production of Aladdin Jr. while a year nine student in 2012. The following year he joined their male choir, Malestrom, and from there joined the Senior Chorale. Now, singing is the biggest part of his life.

Nicolas is a member of Atlas Voices, Voices Co, UC Chamber Choir ‘Consortia’ and the New Zealand Youth Choir. He studies Performance Voice at UC alongside a Bachelor of Engineering.

Other musical theatre credits include Joseph and the Amazing Technicolor Dreamcoat and Disney’s Beauty and the Beast (Burnside High School). His theatre credits include Romeo and Juliet (Burnside One Act Play Festival, 2012); The Tempest and Much Ado About Nothing (Sheilah Winn Shakespeare Festival, 2014 & 2016); Junior Theatresports (2012) and Senior Theatresports (2015 & 2016). 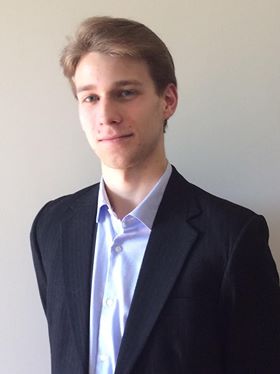