Samuel has been singing in school choirs since he was a year four student, and has been part of the Burnside High School choirs Malestrom, Senior Chorale and Magna Voce. He undertook voice study through their Specialist Music Programme and with Ravil Atlas. During his final school years he took up barbershop singing and was placed fifth in the national barbershop finals.

He is currently doing a Psychology major at the University of Canterbury but still participates in music, performing with Atlas Voices and a newly formed barbershop quartet, which he hopes to take to national competitions.

We Will Rock You is Samuel's third consecutive musical theatre production with Showbiz Christchurch. 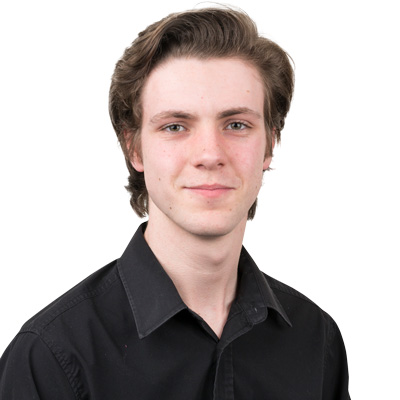