Sophie began dancing at the age of three and is trained in ballet, contemporary and jazz with Evolution School of Dance.

She is involved in drama at Cashmere High School and has performed in their productions of The Music Man and Chicago, and choreographed and danced in their 2018 Showquest. She also flits between the backstage crew and on-stage roles with Canterbury Children’s Theatre. She has performed varies roles in their productions, as well as Snow White in the Act 2 Drama Group’s musical Snow White and the Seven Dwarfs.

Outside of the theatre, Sophie models and participates in the production of short films. In 2017, Sophie joined The Entertainment Company.

We Will Rock You is Sophie's second production with Showbiz Christchurch after she made her debut in the 2018 NZ theatre company premiere of Wicked. 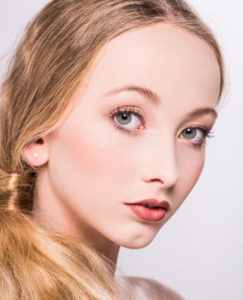