Thomas has been playing trumpet since the age of six.

Thomas is a graduate of the University of Canterbury (BMus Hons) and the Royal College of Music London (MPerf Distinction). He has played under esteemed conductors such as Lorin Maazel and Bernard Haitink and performed solo recitals in London at Cadogan Hall and in The Elgar Room at The Royal Albert Hall. He was also runner up in the 2012 Gisborne International Music Competition.

Thomas is an active teacher around Christchurch, teaching at the University of Canterbury, Burnside High School, Christchurch School of Music, as well as privately. 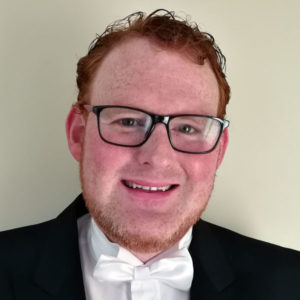