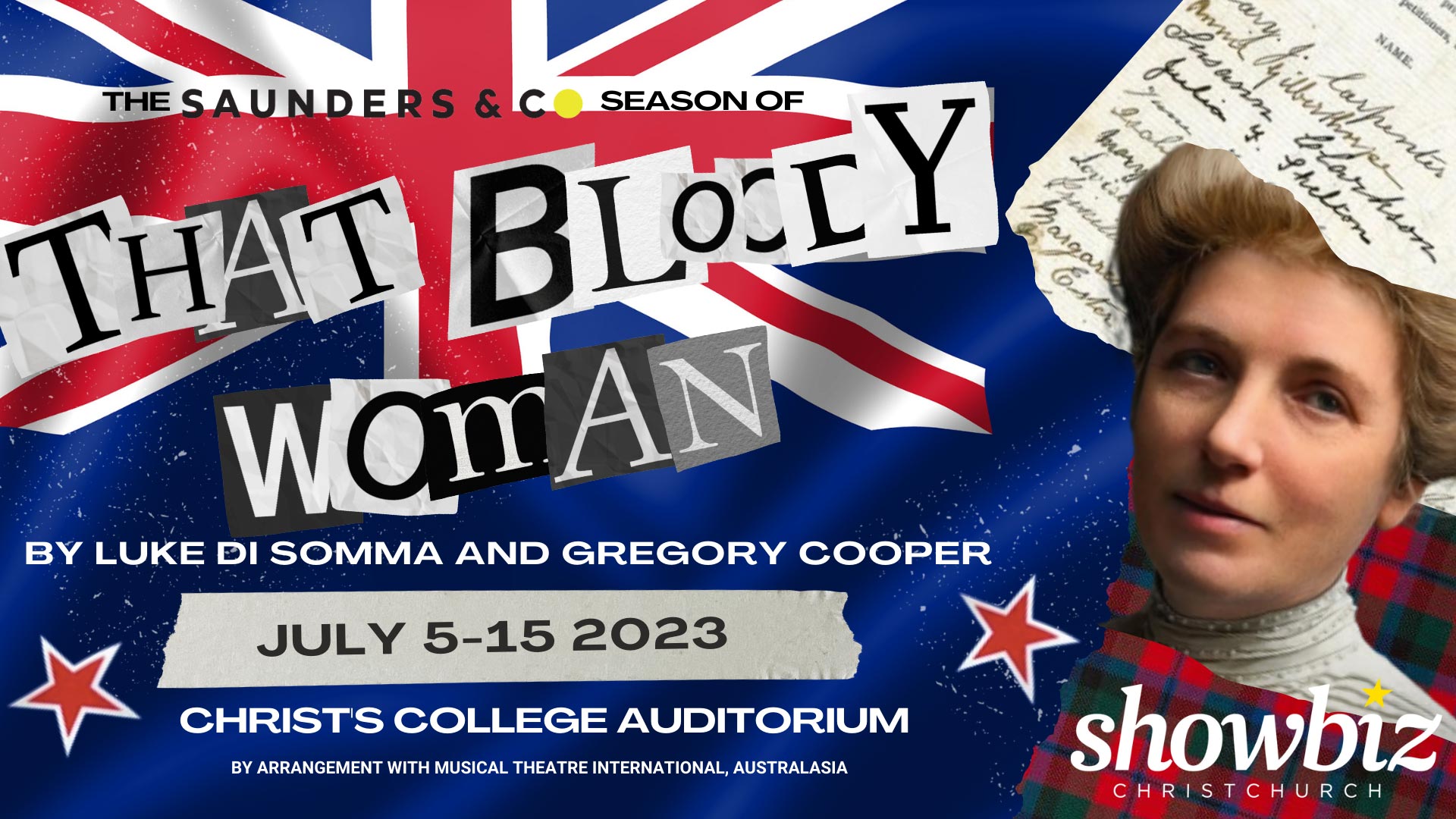 An irreverent and inspirational rock musical about iconic Kiwi suffragist Kate Sheppard and the movement she led to make New Zealand the first country in the world to grant women the vote.

The show is framed as a rock concert for Kate and her ‘gang’ to tell us her story, the story of New Zealand’s suffrage movement and to give us an almighty kick up the ass more than 125 years later.

We see her and her friends transition from temperance to suffrage, taking on the anti-suffrage Prime Minister of the day, Richard “King Dick” Seddon and ultimately persuading a quarter of the female population to sign a crucial petition. But behind the public persona her personal life was in turmoil - trapped in a loveless marriage, in love with her best friend and deprived of her only child when she needed him most.

Inspirational, raucous and electric TBW is, “easy cause to sign up for.” With an eclectic and catchy score, lots of roles for women and the chance for audience interaction, this one act show is sure to connect with your audience.

It may be a Kiwi story, but it’s also a universal one - a story of how one person can start a movement to change the world. This is more than history, this is HER story.

The show will be performed at Christ College Auditorium from July 5th - July 15th 2023.

As always, we intend to hold open public auditions for a volunteer cast.

Auditions are likely to take place in mid-February 2023, so keep an eye on our social pages or website.